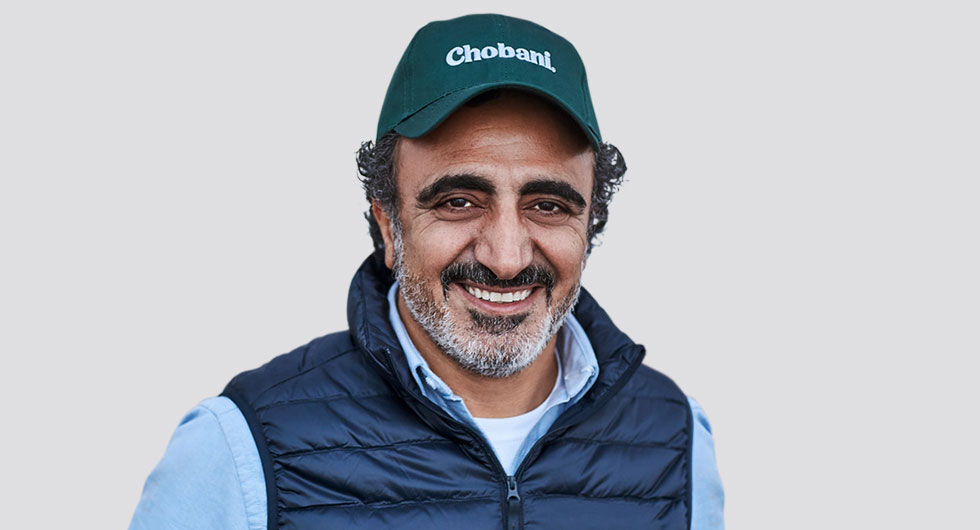 Hamdi Ulukaya is founder, Chairman and CEO of Chobani, one of the fastest growing food companies in the last decade and a pioneer for the natural food movement.

Raised in a dairy-farming family in a small village in eastern Turkey, Ulukaya launched Chobani in 2007 with the mission and vision of making better food more accessible. In less than five years, Chobani became the No. 1–selling Greek Yogurt brand in the U.S. with more than a billion dollars in annual sales. In 2017, Chobani was named to Fortune’s ‘Change the World’ list of companies, and earlier this year it was honored with a Salute to Greatness Award by The Martin Luther King Jr. Center for Nonviolent Social Change.

Ulukaya has always made helping people and having a positive impact on communities a priority for Chobani. From the beginning, the company has donated a portion of its profits to charitable causes, many of them in Idaho and New York where its products are made. A champion of reducing income and wealth inequality nationwide, Ulukaya advocated in support of a proposal to increase the minimum wage in New York that ultimately became law. In addition, Ulukaya implemented a groundbreaking profit-sharing program for the company’s 2,000 employees. He also took the rare step in manufacturing of instituting a six week, fully paid parental leave program for all of the company’s mothers and fathers.

In 2016, Ulukaya launched the Chobani Food Incubator to mentor and support socially responsible food entrepreneurs and further deliver on the company’s mission to provide better food for more people.

A devoted humanitarian, Ulukaya founded the Tent Partnership for Refugees to mobilize the private sector to improve the lives & livelihoods of the more than 20 million refugees around the globe. He also signed the Giving Pledge and committed the majority of his personal wealth to the cause. For these efforts, he was named an Eminent Advocate by the United Nations Refugee Agency (UNHCR) and received the United Nations Foundation Global Leadership Award, among other recognitions. Ulukaya was also named one of TIME’s 100 Most Influential People in the World for his work on the refugee crisis and his innovative approach to business.

Ulukaya sits on the board of the Pathfinder Village and The American Turkish Council. A big fan of independent films and the Turkish soccer team Fenerbahce, Ulukaya lives in New Berlin, N.Y.